Back to Perisher Weekend 2018 – Report

Back to Perisher 2018 was another success, assisted as we were with excellent weather - blue skies and crisp but not cold - although we were impacted somewhat by Easter not coinciding with the NSW school holidays.

On Saturday morning, at the chilly start time of 7.30am, a keen crowd turned out for the Fun Run from Perisher to Charlotte Pass with just over 65 registered runners/walkers.

With non registered runners, onlookers, NPWS and support crews there were about 100 people involved.

Perisher Volunteer Ski Patrol members were there to provide First Aid (fortunately again this was not required).

NPWS staff had road signs out and provided escort vehicles and we used our SLOPES signs for the Fun Run - and later for the Duck Race.

An even bigger crowd turned out for the afternoon Duck Race (4pm) down the Perisher Creek, with close to 400 people lining the creek banks and all 340 ducks sold!

The profit of some $700 from the sale of the ducks will go to the Burns Unit at Westmead Children’s Hospital, the charity nominated by the NSW Fire Brigades.

It was a fun and successful event with the local Fire Brigade setting up two wagons and hosing straggling ducks on their way.

This year the Brigade had one high pressure hose creating showers at times over the kids adding to the fun of the event.

A huge thanks to Benny and his fire fighter staff for supporting the Duck Race.

The Duck Race was followed by drinks at the White Spider.

Other events that had excellent participation included:

Some photos from the Back to Perisher Weekend are attached.

Thanks go to all who assisted in making Back to Perisher Weekend 2018 a success, particularly:

There are others, including all those from Clubs - especially Aurora - who participated and who helped with the organisation of events - thanks.

Finally, huge thanks to Dave Read who did a terrific job as the primary co-ordinator of Back to Perisher Weekend on behalf of SLOPES.

Dave's role covers everything from liaising with key stakeholders like NPWS, Fire Brigade and the Police - and, importantly, purchasing the all-important ducks! 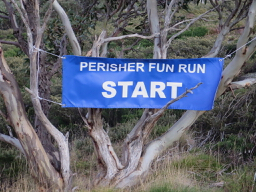 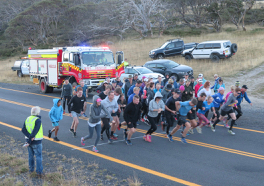 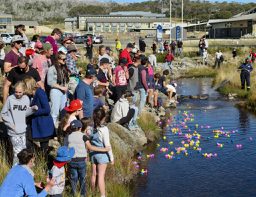 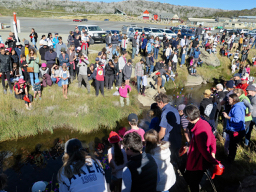